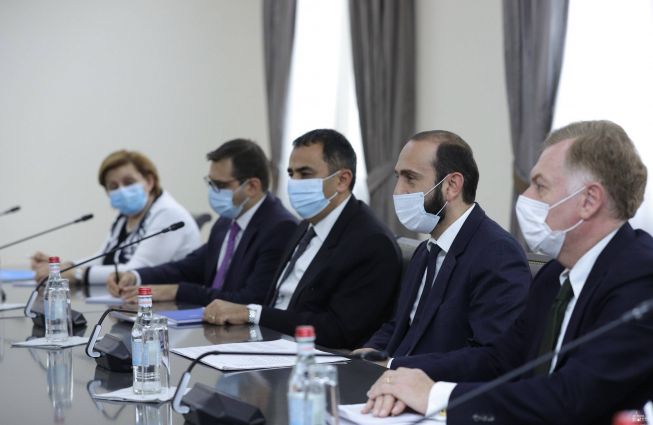 On November 4, the Minister of Foreign Affairs of Armenia Ararat Mirzoyan received the co-rapporteurs of the Parliamentary Assembly of the Council of Europe (PACE) for the monitoring of obligations and commitments by Armenia, the Head of the Finnish Delegation to PACE Kimo Kiljunen and the Head of Swedish Delegation Boriana Åberg.

The Foreign Minister of Armenia highly valued the statements and calls for cessation of military hostilities by various CoE bodies, in particular the co-rapporteurs of the PACE Monitoring Committee, as well as of the Commission from the very first days of the 44-day war.

The humanitarian issues resulting from Azerbaijani aggression against Artsakh were also touched upon. In this context, the Foreign Minister of Armenia stressed the need for unhindered involvement of international organizations, including the relevant CoE bodies in Artsakh.

The importance of preserving the Armenian religious and historical-cultural heritage of Artsakh in the territories under the control of Azerbaijan was also stressed.